Juan Sánchez Muñoz, Ph.D., took office as the fourth permanent chancellor of UC Merced on July 1, 2020 — the first graduate of the University of California to lead the campus.

UC Merced originated in a 1988 decision by the UC Board of Regents to begin planning for a new university in the San Joaquin Valley to meet long-term enrollment demand. After a process that reviewed locations throughout the valley, the Merced site was chosen in 1995.

In 1998, Carol Tomlinson-Keasey was named senior associate to the president of the University of California, to lead planning and development of UC Merced; the Regents approved her as the campus’ first chancellor a year later.

Faculty members began to arrive in 2003 with graduate students in tow and began setting up research laboratories and programs at UC Merced’s ancillary research facility on the former Castle Air Force Base, biding their time until buildings were ready on campus. The first graduate courses began in fall 2004.

The campus celebrated the arrival of its first undergraduate students in September 2005. That fall semester saw most activities on campus take place in the Valley Terrace housing complex and the Leo & Dottie Kolligian Library. The first Classroom and Office Building and the Science and Engineering Building opened in January 2006.

Tomlinson-Keasey retired in 2006 and Sung-Mo "Steve" Kang, engineering dean at UC Santa Cruz, was appointed chancellor in 2007. He led the campus until June 30, 2011. As chancellor, Kang oversaw increases in student enrollment and the physical expansion of the campus. Kang returned to the faculty to focus on his research.

In 2011, the Regents appointed Georgia College & State University President Dorothy Leland to serve as the campus's third chancellor. She conceived and led the $1.3 billion Merced 2020 Project, a public-private partnership to expand teaching, research, residential, athletic and retail space on campus. Leland retired in 2019, and the Merced 2020 Project was completed in spring 2020 under the interim chancellorship of Nathan Brostrom, CFO of the University of California system. 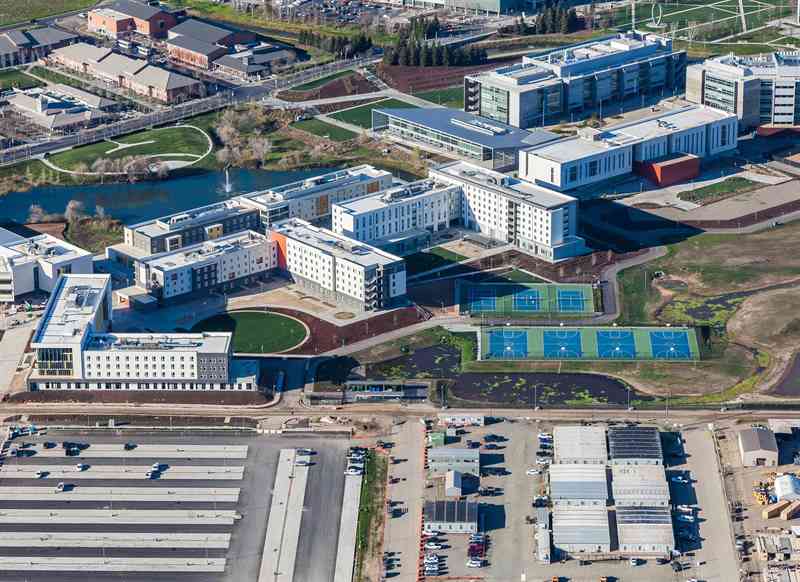