A Midsummer Night’s Dream, with a Yosemite twist!

"The whole thing was just wonderfully presented (by all the performers), live and outdoors, with such an interesting selection of Muir quotes and related Shakespearean play excerpts. Just great! I was sorry when it was over!"

"I have never thought about Shakespeare in this way and realized he was so much to say about nature. Now I really want to read more Shakespeare plays!" 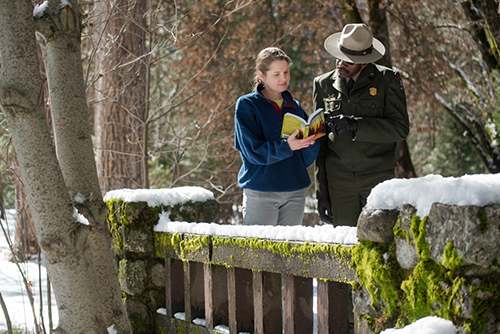 Performance is free and open to the public.

Filled with Shakespearean scenes about forests, animals and the environment and featuring live music and the writings of John Muir, “Shakespeare in Yosemite” is an original hour-long play written especially for Earth Day (April 22) and William Shakespeare’s birthday (April 23).

Performances are free, interactive and fun for all ages.

“Shakespeare in Yosemite” was written by Professor Katherine Steele Brokaw from UC Merced and Paul Prescott from the University of Warwick, and stars Ranger Shelton Johnson, Lee Stetson as John Muir, and 11 more actors and musicians who will bring Shakespearean characters and songs to life in the heart of Yosemite Valley.

The production is sponsored by UC Merced, the University of Warwick and Misfit Press, in partnership with the National Parks Service and the Yosemite Conservancy.

Shakespeare in Yosemite: the Company 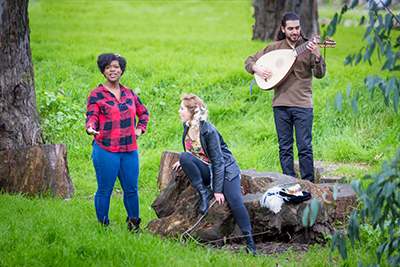 Written, directed and produced by Katherine Brokaw and Paul Prescott 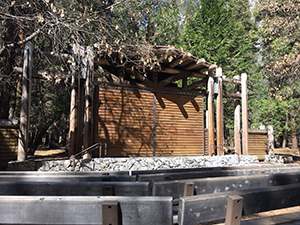 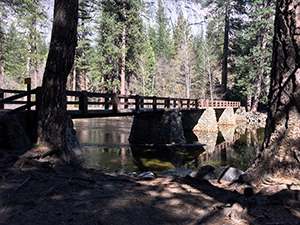 Both 2 p.m. shows take place in the Lower River Amphitheater. Download the map.

From Yosemite Village, you can walk 20 minutes across Majestic Meadow (the meadow with the best view of Half Dome). Turn left after crossing the road and walk toward the flags and lute music!

You can also get off the Yosemite Valley shuttle at stop 12 (Housekeeping Camp) and walk along the river near Housekeeping Camp until you get to a bridge. After crossing the bridge, turn left and follow a short trail to the Lower River Amphitheater, a 5-7 minute walk. 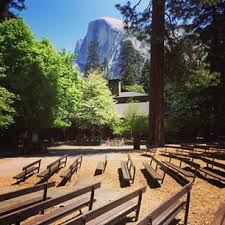 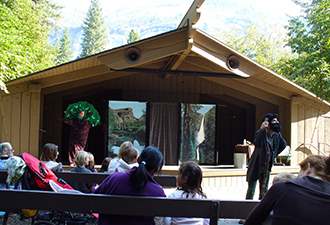 Both 5:30 shows take place in the Half Dome Village (formerly Curry Village) Amphitheater.

Get off at shuttle stop 13B and follow the signs to the amphitheater in the middle of the village behind the guest lounge, a very short walk.

In case of rain, the shows will take place in either the Yosemite Theatre or the Yosemite Auditorium, both of which are located directly behind the Valley Visitor Center in Yosemite Village (shuttle stops 4, 5, 9, and 10).

Office of the Chancellor

Center for the Humanities